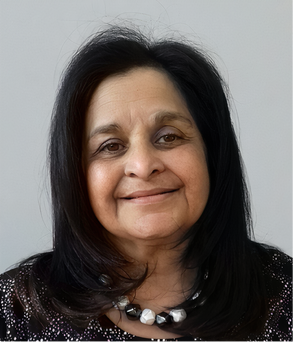 Working with older people with dementia and families since 1987, Professor Esme Moniz-Cook has pioneered psychosocial approaches, across the dementia trajectory. She is passionate about improving the quality of dementia care through research that translates into practice. Esme's European-funded award, 'Early Detection and Psychosocial Rehabilitation to Maintain Quality of Life in Dementia' (1997), was the foundation of INTERDEM http://interdem.org/an international applied-research network, which publishes widely on psychosocial approaches to dementia. She led ‘Challenge Demcare: Management of Challenging Behaviour in Dementia (2007-2017) https://www.ncbi.nlm.nih.gov/books/NBK447072/ and in 2014 received the national quality innovation award by the NHS Leadership Academy for her work in dementia care http://www.youtube.com/watch?v=I3p-aH7hFUg. Since 2006 she has co- investigated twelve other dementia care studies, totalling just under £ 17 million. 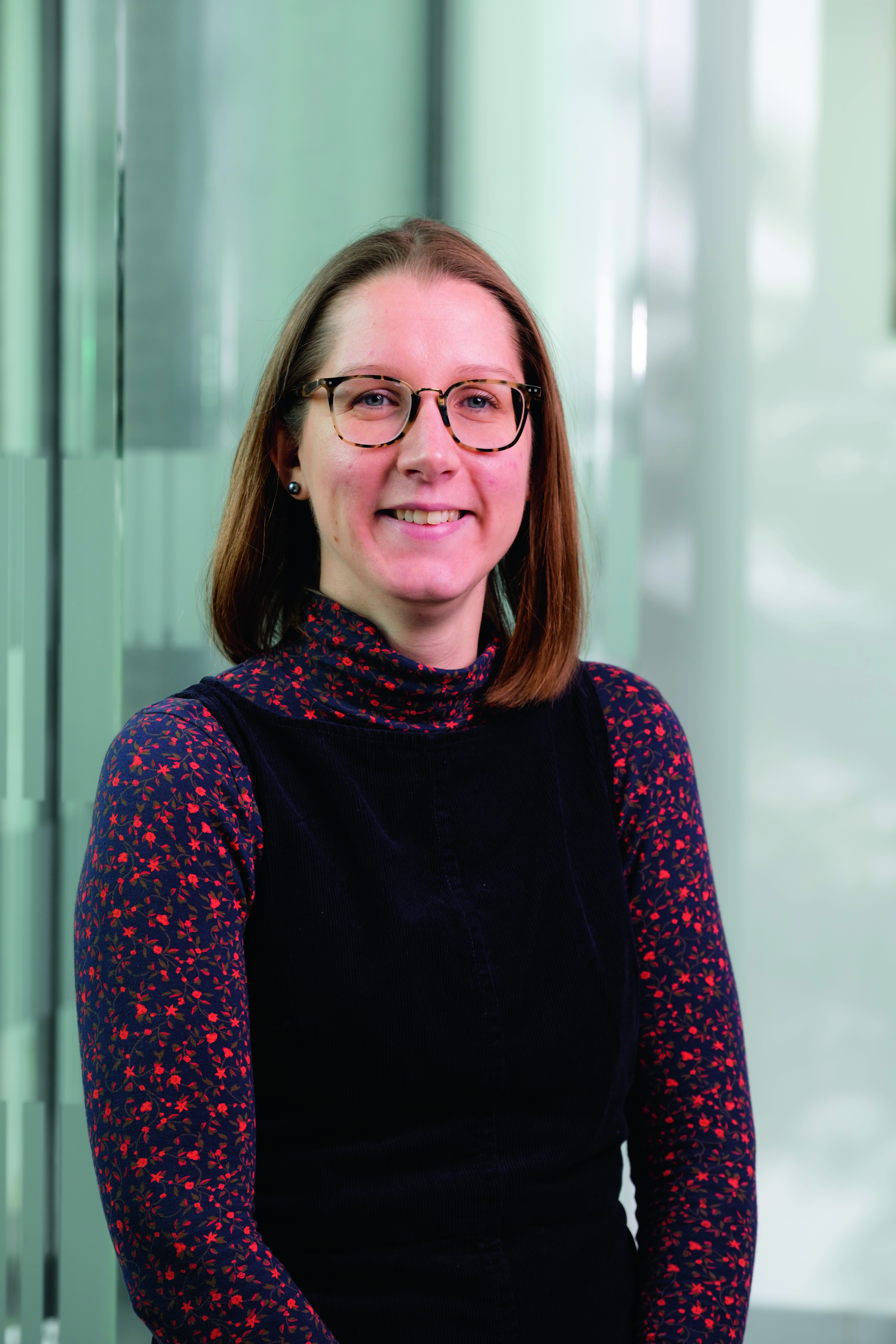 Emma is a clinical psychologist who specialises in working with people living with dementia and their families. Her clinical work has spanned the dementia care pathway from early assessment and diagnosis to end of life care. Emma's research aims to support people with dementia to live well by promoting wellbeing, reducing stigma and improving care. Emma supports a number of doctoral research projects related to the application of positive psychology to support living well with dementia. 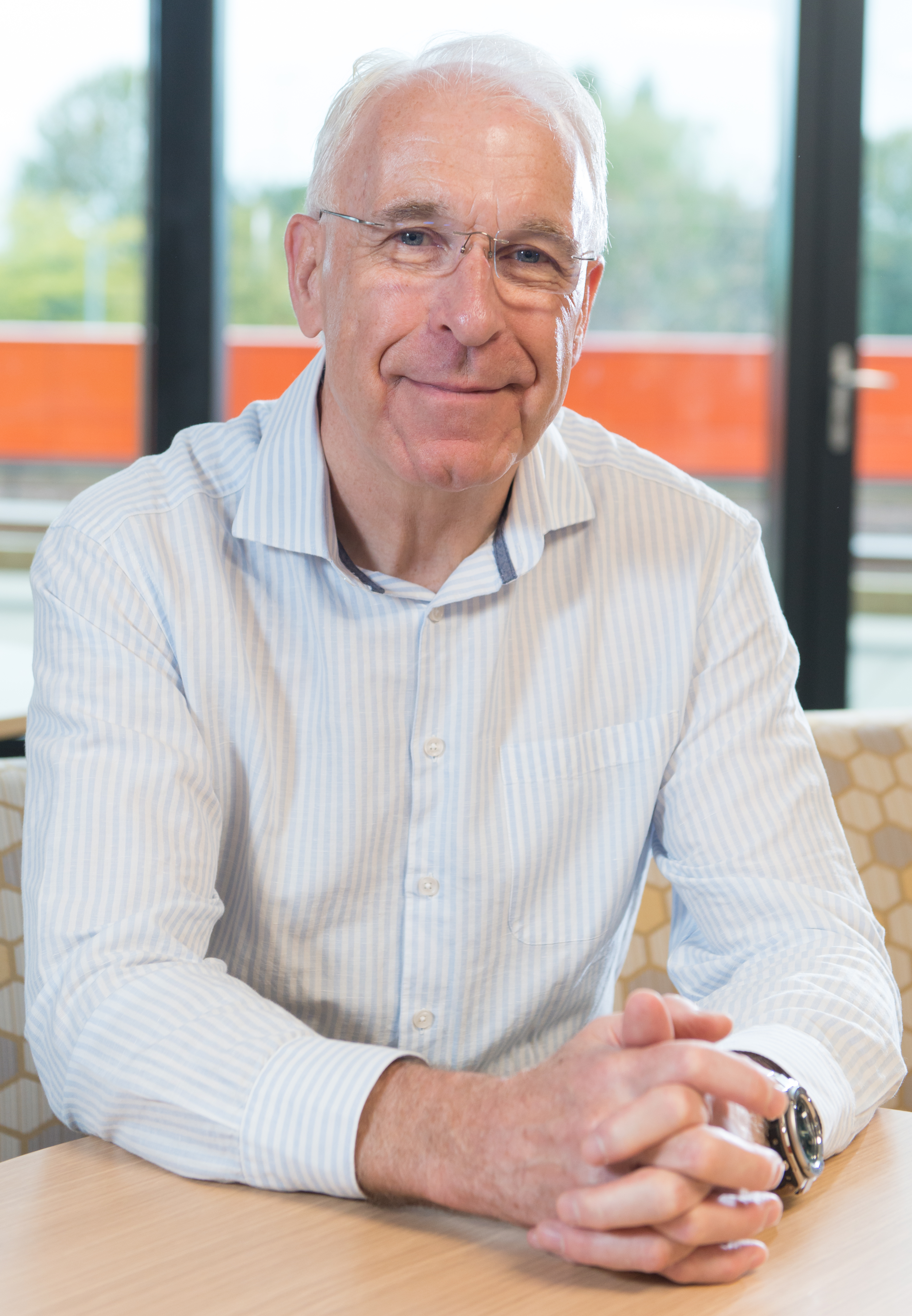 Roger Watson is a graduate of The University of Edinburgh with a PhD in biochemistry from The University of Sheffield who qualified in nursing at St George’s Hospital, London. Working in care of older people, he has a special interest in the feeding and nutritional problems of older people with dementia. He is Editor-in-Chief of Journal of Advanced Nursing and Editor of Nursing Open. A frequent visitor to the Far East, South East Asia and Australia, he has honorary and visiting positions in China, Hong Kong, and Australia. He is Professor of Nursing, University of Hull, UK and was a member of the UK 2014 Research Excellence Framework sub-panel for Allied Health Professions, Dentistry, Nursing and Pharmacy. In 2017 he was inducted into the Sigma Theta Tau International Nurse Researcher Hall of Fame. 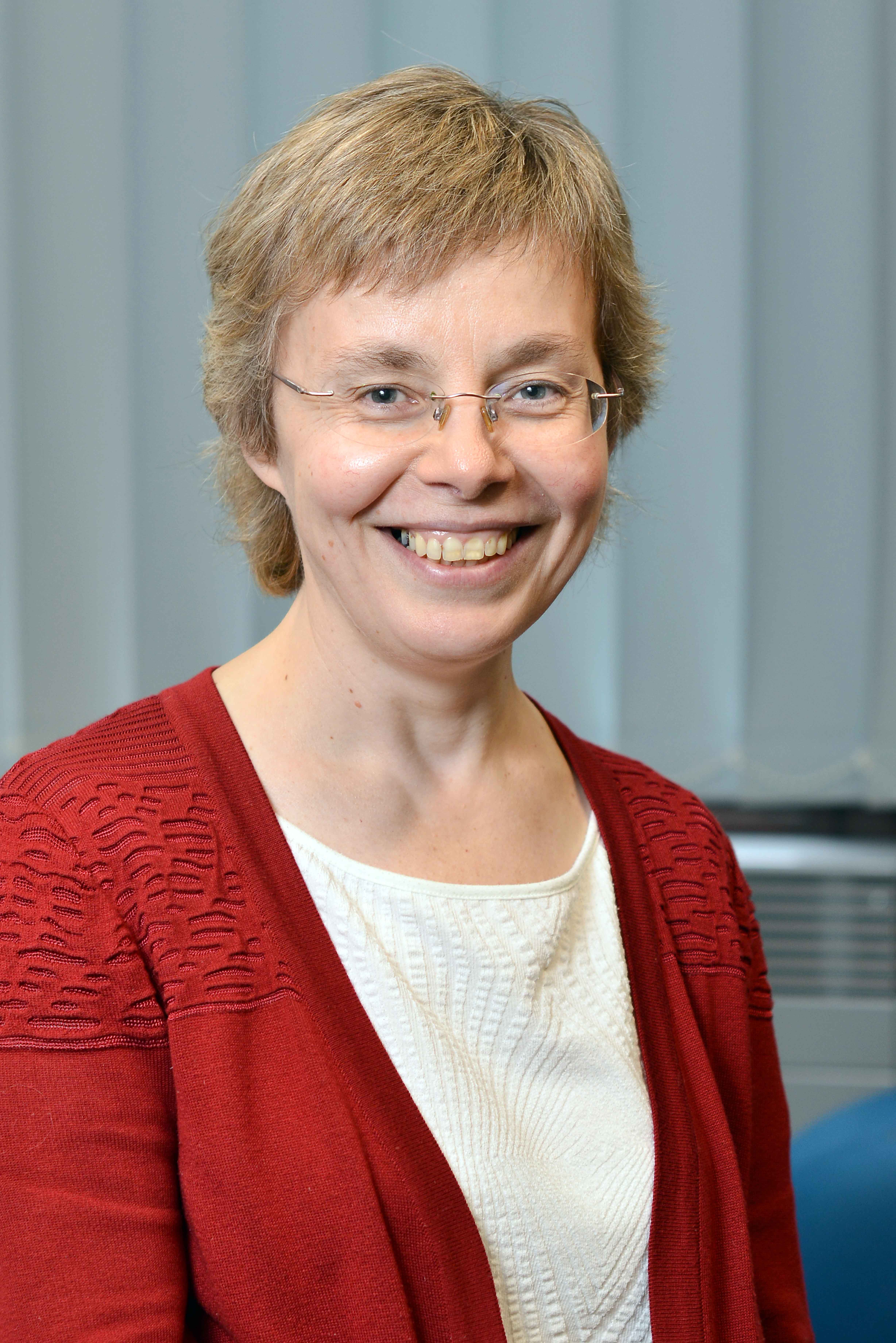 Ivana S. Marková is Professor of Psychiatry at Hull York Medical School, University of Hull and Honorary Consultant in Psychiatry at the Department of Psychological Medicine with the Humber Teaching NHS Foundation Trust. She trained in medicine at the University of Glasgow and then in psychiatry at Cambridge. In Cambridge, she also completed her masters in the history and philosophy of science and obtained her higher doctorate in medicine with a thesis on the structure of the concept of insight. She continues to research on the nature of insight in psychiatry as well as on different aspects of descriptive psychopathology and neuropsychiatry. Her other main research focus is on the epistemology of psychiatry and mental symptoms. Her clinical work is in liaison psychiatry with a special interest in neuropsychiatry and Huntington’s disease. 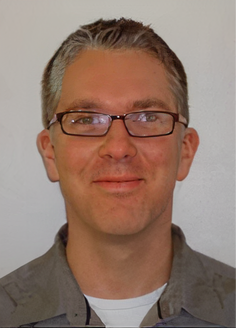 Chris is a clinical lecturer in research on the Clinical Psychology Doctorate programme. He is also a consultant clinical psychologist with Tees, Esk and Wear Valleys NHS Foundation Trust. His research interests focus on the application of positive psychology to living with dementia and outcome measurement in relation to psychosocial interventions in dementia. He is a peer reviewer for Aging and Mental Health and co-editor of the book Positive Psychology Approaches to Dementia (Jessica Kingsley Publishers). 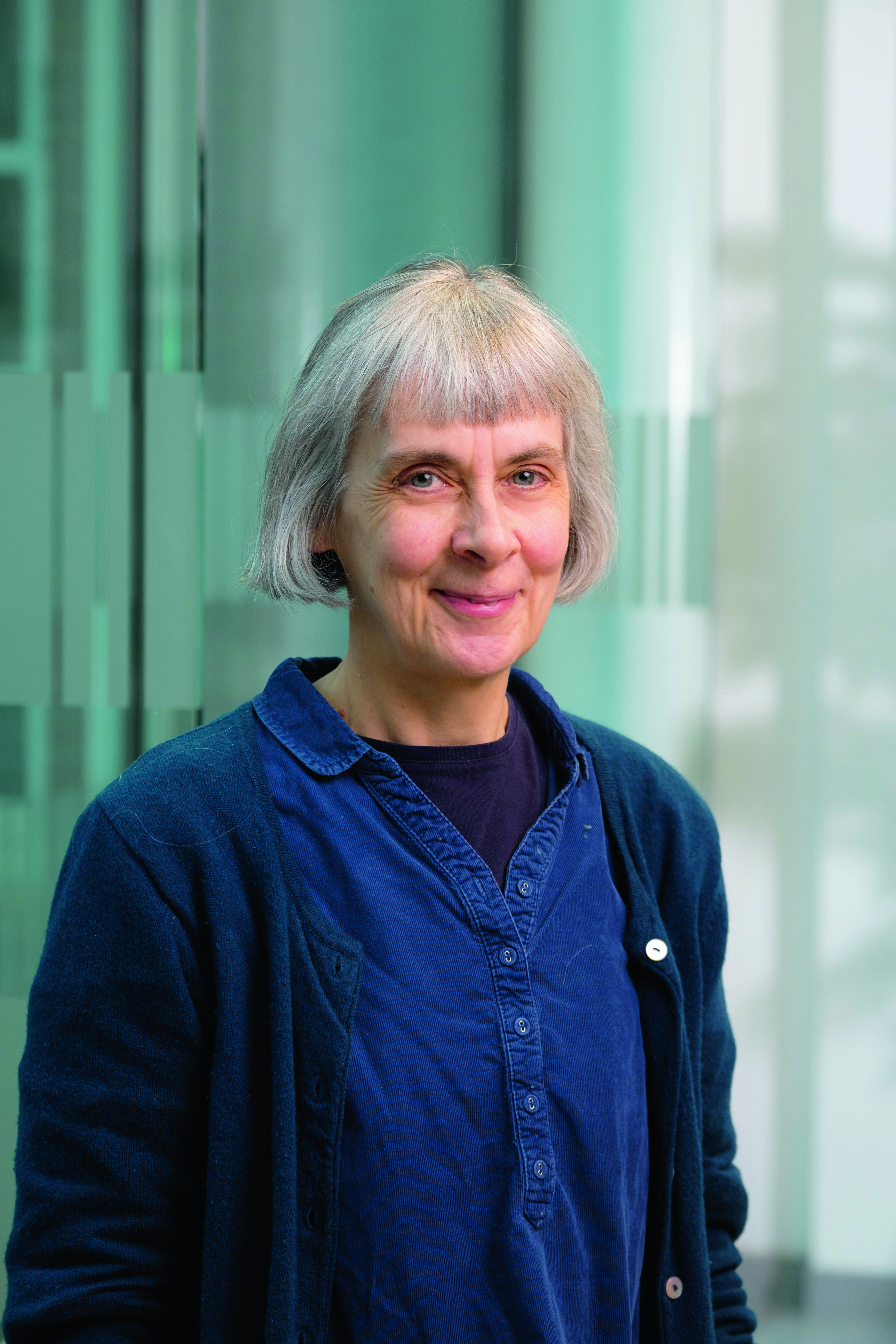 Lesley Glover is an HPCP-registered clinical psychologist and health psychologist. Since qualifying as a clinical psychologist, she has worked in both NHS and university settings and has specialised in working with people with physical health problems, particularly chronic pain. Lesley's current interest is in improving wellbeing and preventing distress and disease, particularly in older people through working with whole person mind / body approaches. She is a STAT-registered Alexander Technique teacher and also has an interest in creative approaches to improving wellbeing. 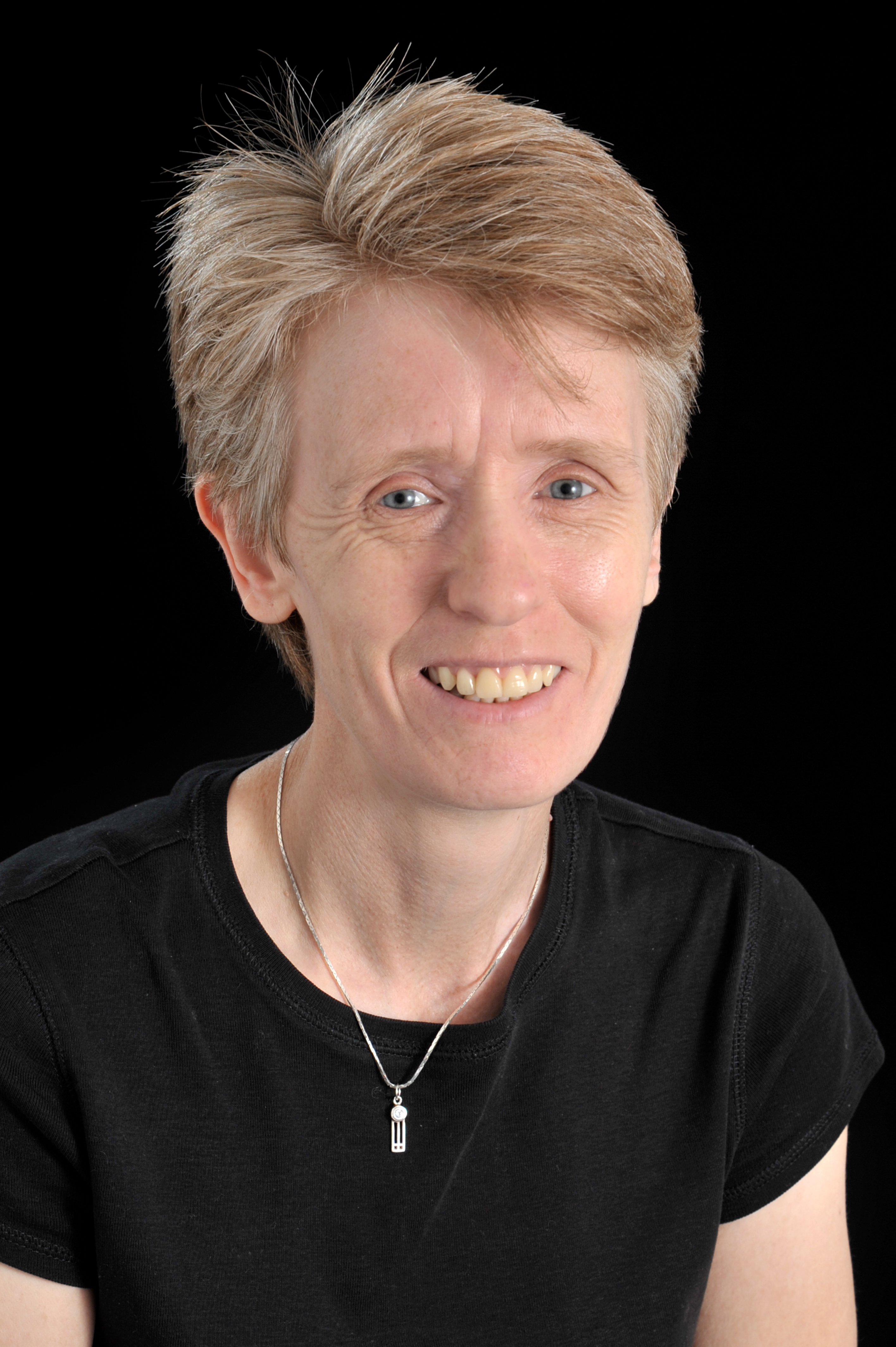 Liz worked for many years with people living with enduring mental health problems before training as a social worker. She then worked as a specialist social worker in dementia care, with a particular interest in the ways in which the condition is experienced by, and impacts upon, LGBT* people (also the topic of her PhD which was awarded in 2008).

Her principal focus, in both teaching and research, is on creative approaches to wellbeing, including using music as a healing intervention and empowering older people at risk of reduced wellbeing due to social isolation 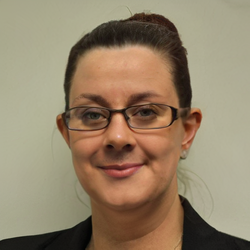 Andrea is a pharmacist who has previously worked in primary care and in community pharmacy. She gained her undergraduate degree (first class honours) in pharmacy from the University of Bradford in 1999, before completing an MSc in clinical pharmacy while working in secondary care. Andrea completed her PhD in 2006 while working on the MRC-funded RESPECT trial. Her PhD was entitled Development and Validation of a UK Medication Appropriateness Index. She has been chair of the local branch of the Royal Pharmaceutical Society, as well as the chair of the Hull Pharmacy Association. She was co-applicant on the NIHR Funded challenge Demcare programme 2007-2017
https://www.ncbi.nlm.nih.gov/books/NBK447072/ 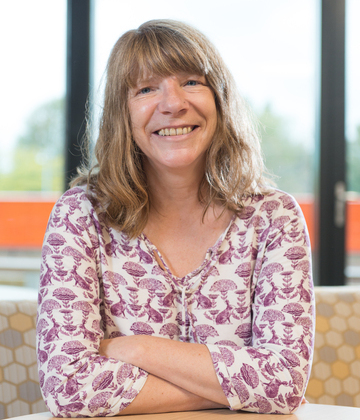 Jane is Director of Research in the Faculty of Health Sciences, a nurse by background she has a particular interest in working with and supporting people who experience health inequalities or exclusion, their families and carers. 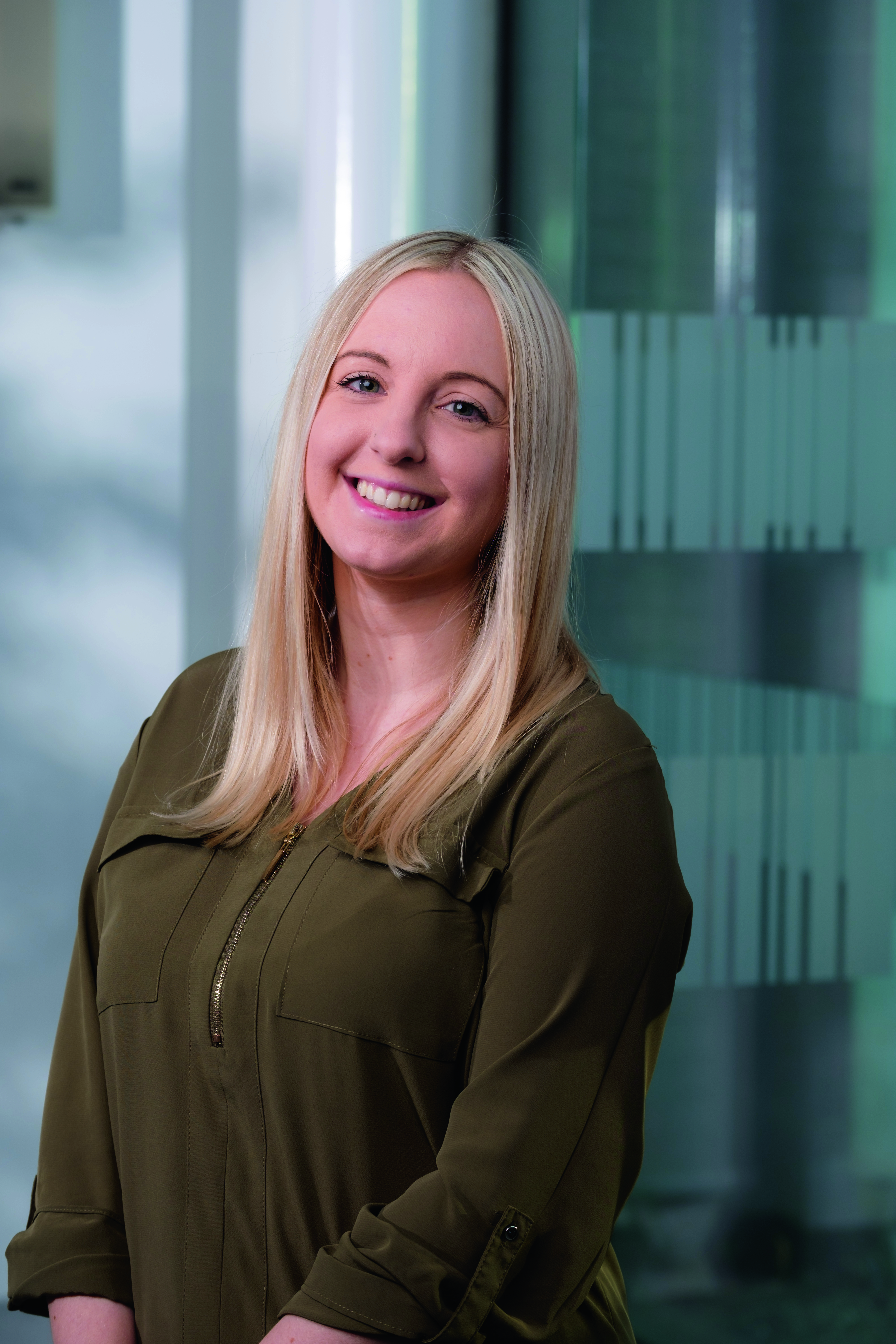 Miss Rosie Dunn
SPARC PhD MMB UoH Scholarship Cluster Student (Research Assistant)
+44 (01482) 464571
R.J.Dunn-2019@hull.ac.uk
Rosie has been working as a Dementia Researcher at the University of Hull since 2016. She has worked on a variety of dementia research projects including CAREGIVERSPRO-MMD (Horizon2020), an online programme to disseminate Challenge Demcare and Guidelines on the Management of Behaviour (BPS). Rosie has many years’ experience working as an Assistant Psychologist in the NHS, from supporting people with a recent diagnosis of dementia through to working in a challenging behaviour service. Rosie is also experienced in delivering evidence-based psychological therapies to people with dementia as well as to older adults experiencing mental health problems. Rosie completed her Psychology degree in 2011 and an MSc degree in the Clinical Applications of Psychology in 2014. Rosie was awarded a PhD scholarship in September 2019, exploring the lived experiences of couples living with dementia and multimorbidity. 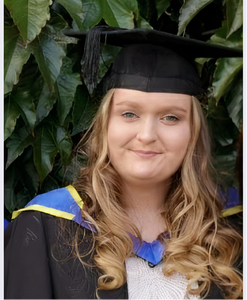 Miss Ellie Clayton
SPARC PhD MMB UoH Scholarship Cluster Student
e.clayton-2018@hull.ac.uk
Ellie completed her undergraduate degree in psychology at the University of Lincoln in 2018 and an MSc (with distinction) in the Clinical Applications of Psychology in September 2019. Ellie’s PhD explores Dementia and Multimorbidity, with a particular interest in the healthcare system. Since 2017, Ellie has been an avid volunteer with Dementia Forward and recently (2019) has become a volunteer for the Royal Airforce Association in 2019. Her interests include improving and facilitating care for those with dementia and multimorbidity as well as improving their lived experiences.